The brown bear is the most variable in size of modern bears. The typical size depends upon which population it is from, and most accepted subtypes vary widely in size. Individual bears also vary in size seasonally, weighing the least in spring due to lack of foraging during hibernation, and the most in late fall, after a period of hyperphagia to put on additional weight to prepare for hibernation.

The brown bear is often described as nocturnal. However, it frequently seems to peak in activity in the morning and early evening hours. Furthermore, yearling and newly independent bears are more likely to be active diurnally and many adult bears in low-disturbance areas are largely crepuscular. In summer through autumn, a brown bear can double its weight from the spring, gaining up to 180 kg of fat, on which it relies to make it through winter, when it becomes very lethargic. 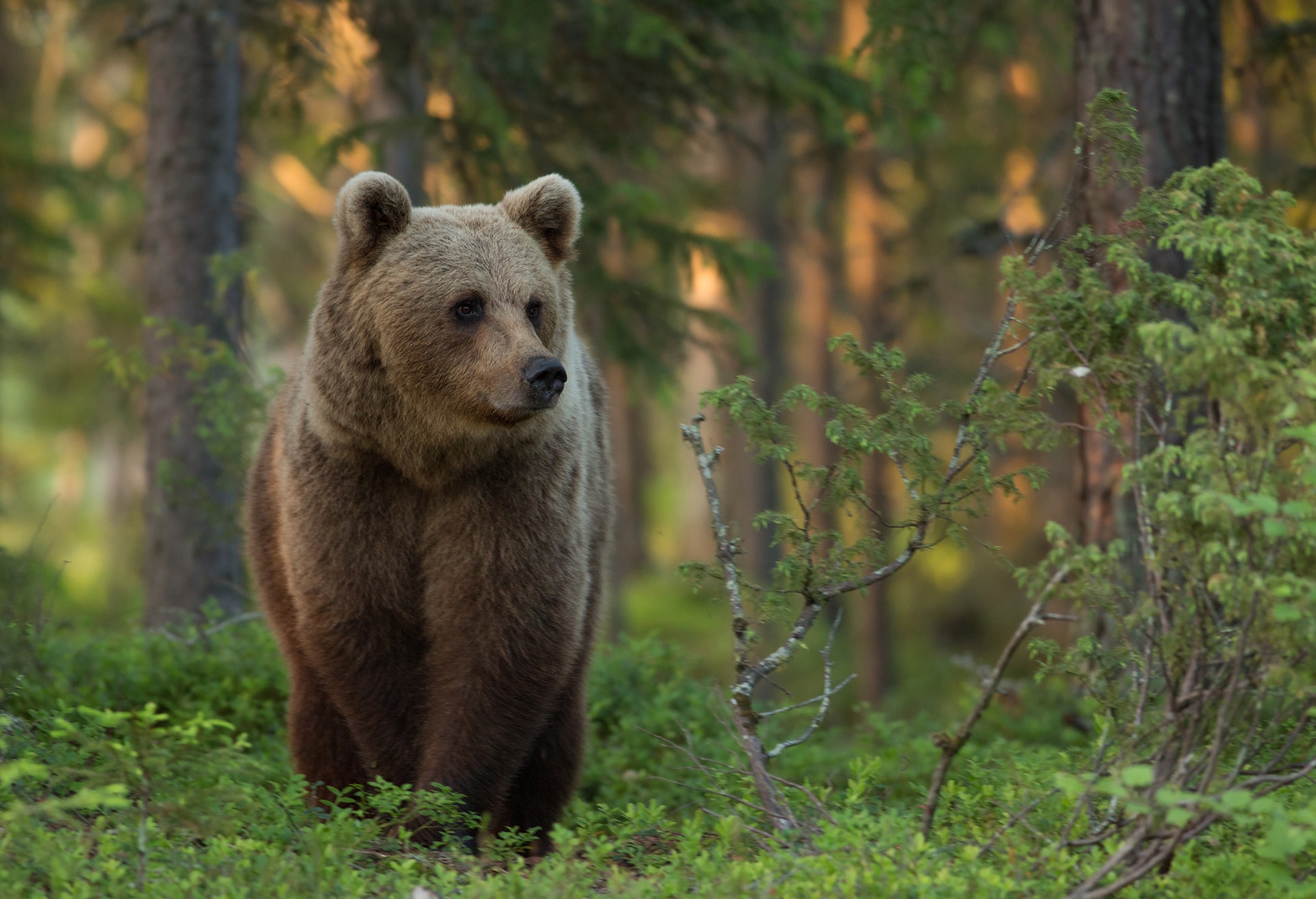 The wolf is the largest member of the Canidae family. It is slender and powerfully built with a large, deeply descending rib cage, a sloping back, and a heavily muscled neck. The wolf’s legs are moderately longer than those of other canids, which enables the animal to move swiftly, and to overcome the deep snow that covers most of its geographical range. The wolf’s head is large and heavy, with a wide forehead, strong jaws and a long, blunt muzzle. The teeth are heavy and large, making them better suited to crushing bone than those of other canids.

Like all land mammals that are pack hunters, across their range the wolf feeds predominantly on wild herbivorous hoofed mammals that can have a body mass similar to that of the combined mass of the pack members. The wolf specializes in preying on the vulnerable individuals of large prey, with a pack being capable of bringing down a 500 kg moose. 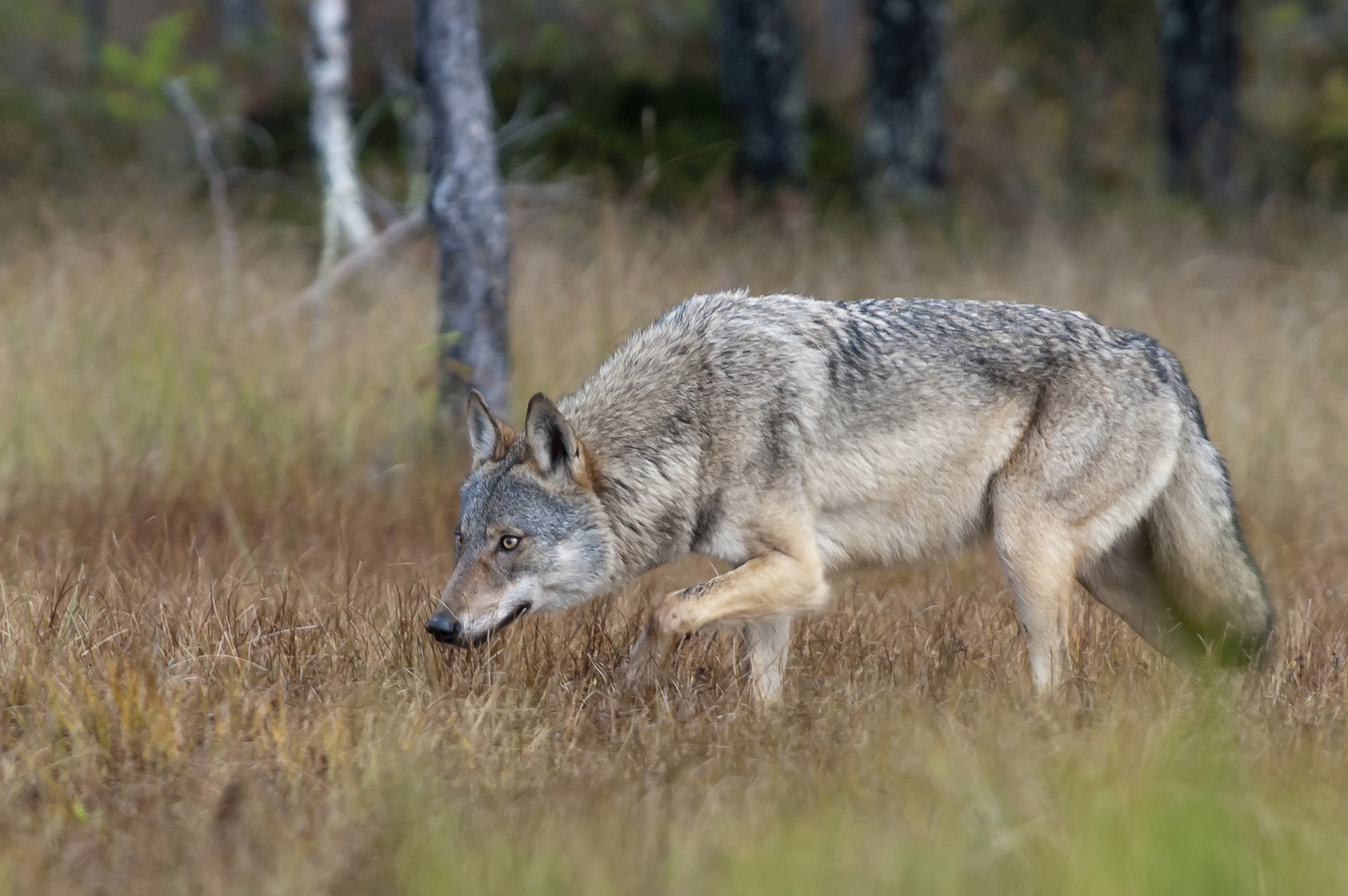 The wolverine is a stocky and muscular animal. With short legs, broad and rounded head, small eyes and short rounded ears, it more closely resembles a bear than it does other mustelids. Though its legs are short, its large, five-toed paws with crampon-like claws and plantigrade posture enable them to climb up and over steep cliffs, trees and snow-covered peaks with relative ease.

Wolverines are considered to be primarily scavengers. A majority of the wolverine’s sustenance is derived from carrion, on which it depends almost exclusively in winter and early spring. Wolverines may find carrion themselves, feed on it after the predator has finished, or simply take it from another predator. Wolverines are also known to follow wolf and lynx trails, purportedly with the intent of scavenging the remains of their kills. However, this feeding style is believed to be an adaptation to food scarcity, especially in winter. 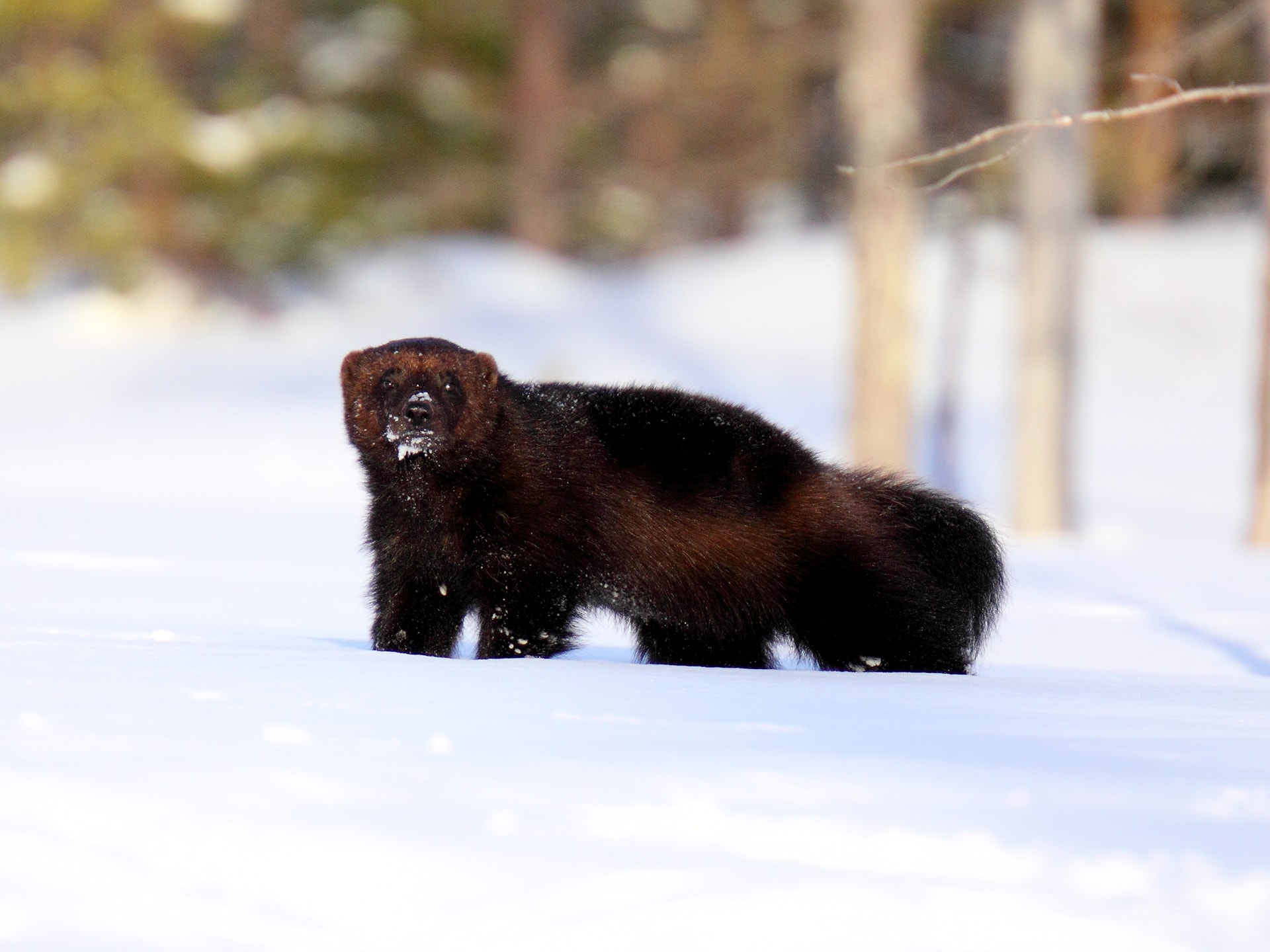 Owls possess large, forward-facing eyes and ear-holes, a hawk-like beak, a flat face, and usually a conspicuous circle of feathers, a facial disc, around each eye. The feathers making up this disc can be adjusted to sharply focus sounds from varying distances onto the owls’ asymmetrically placed ear cavities.

Most birds of prey have eyes on the sides of their heads, but the stereoscopic nature of the owl’s forward-facing eyes permits the greater sense of depth perception necessary for low-light hunting. As owls are farsighted, they are unable to clearly see anything within a few centimeters of their eyes. Their far vision, particularly in low light, is exceptionally good. 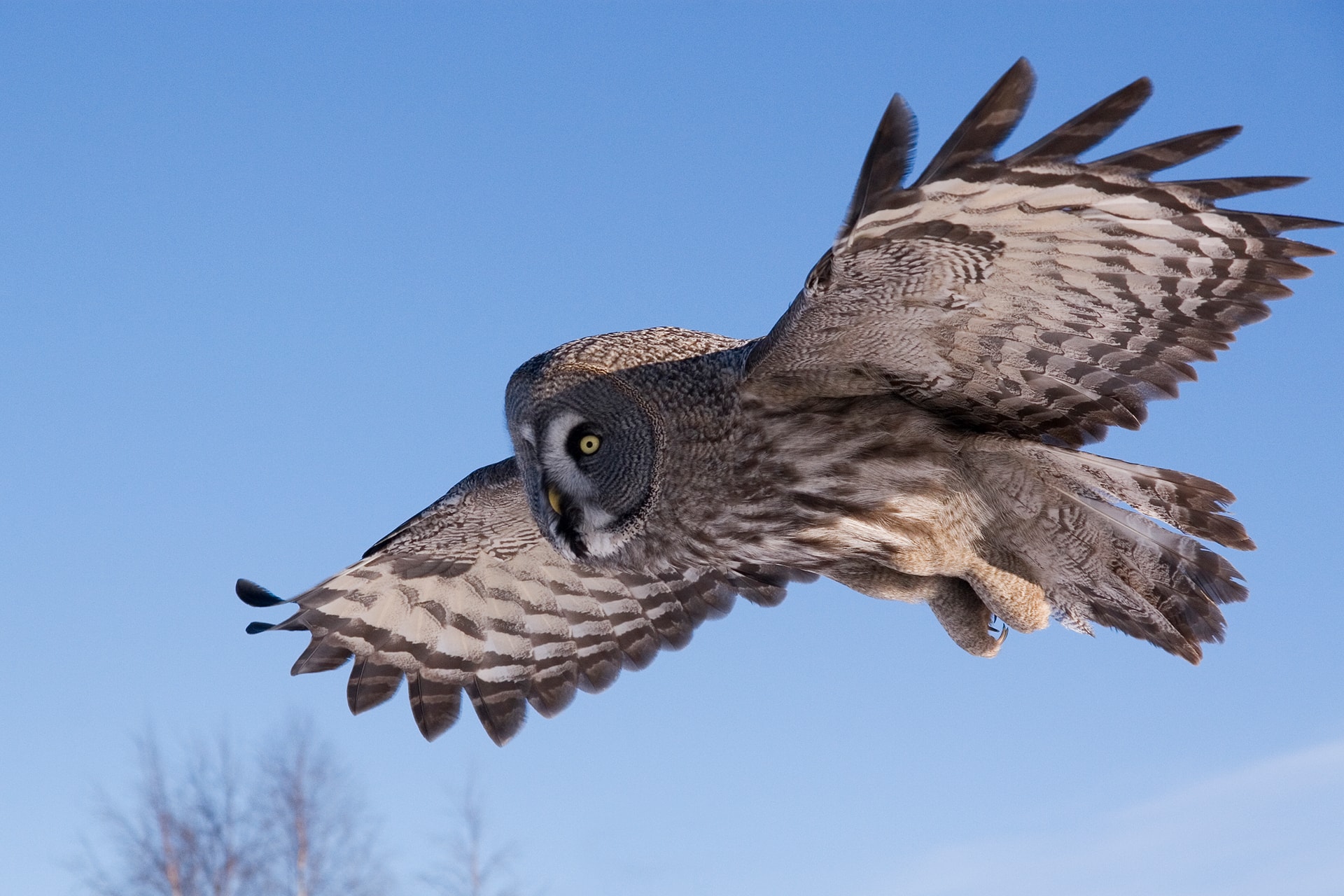 Eagles are large, powerfully built birds of prey, with heavy heads and beaks. Like all birds of prey, eagles have very large, hooked beaks for ripping flesh from their prey, strong, muscular legs, and powerful talons. The beak is typically heavier than that of most other birds of prey.

Eagles’ eyes are extremely powerful. It is estimated that the martial eagle, whose eye is more than twice as long as a human eye, has a visual acuity 3.0 to 3.6 times that of humans. This acuity enables eagles to spot potential prey from a very long distance. This keen eyesight is primarily attributed to their extremely large pupils which ensure minimal scattering of the incoming light. The female of all known species of eagles is larger than the male. 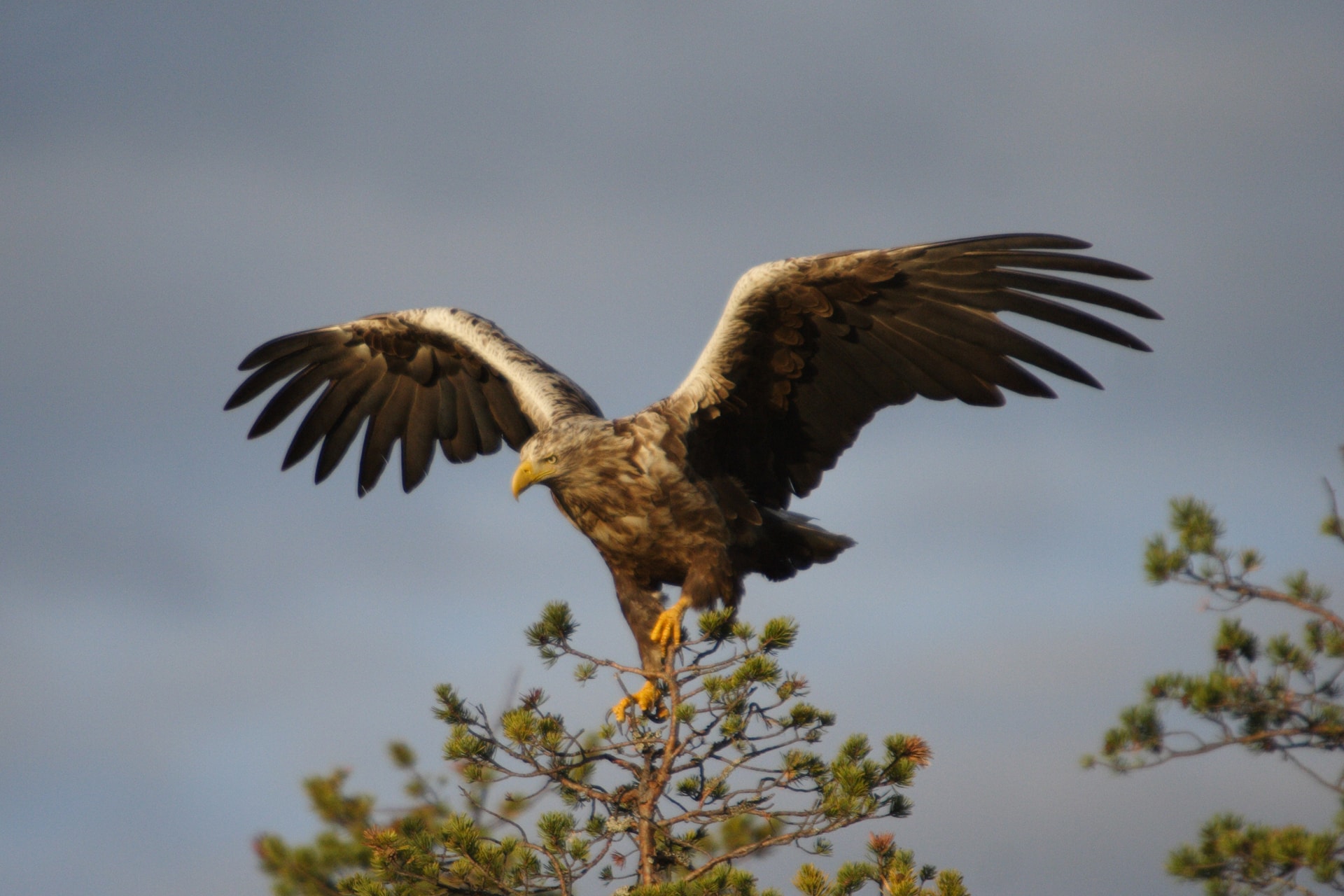 Woodpeckers have strong bills for drilling and drumming on trees, and long sticky tongues for extracting food. The bill’s chisel-like tip is kept sharp by the pecking action in birds that regularly use it on wood. Many of the foraging, breeding and signaling behaviors of woodpeckers involve drumming and hammering using the bill.

The majority of woodpeckers live solitary lives, but the spectrum of behaviour ranges from highly antisocial species that are aggressive towards their own kind, to species that live in groups. Solitary species will defend such feeding resources as a termite colony or fruit laden tree, driving away other conspecifics and returning frequently until the resource is exhausted. Aggressive behaviours include bill-pointing and jabbing, head shaking, wing flicking, chasing, drumming and vocalisations. 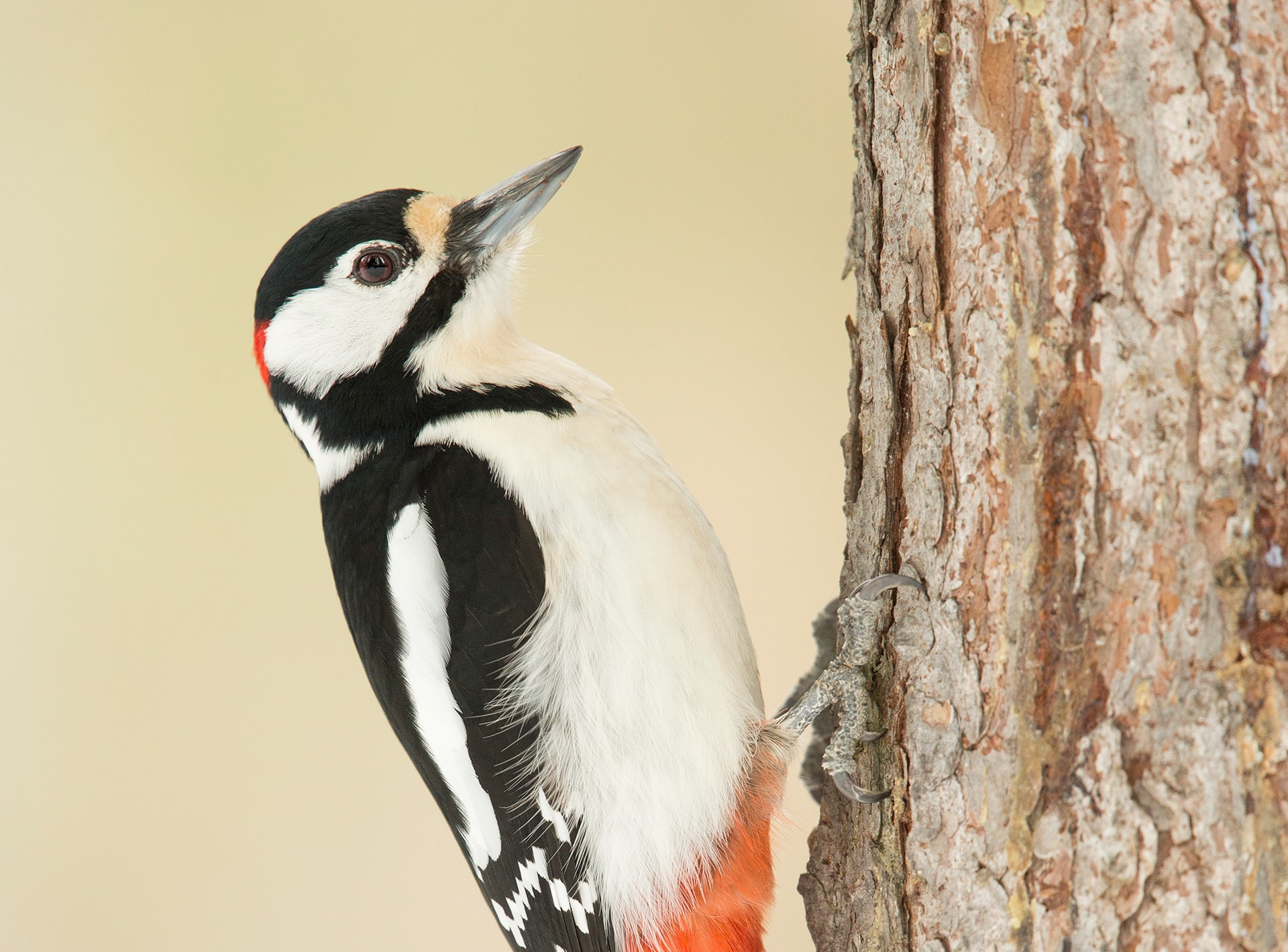 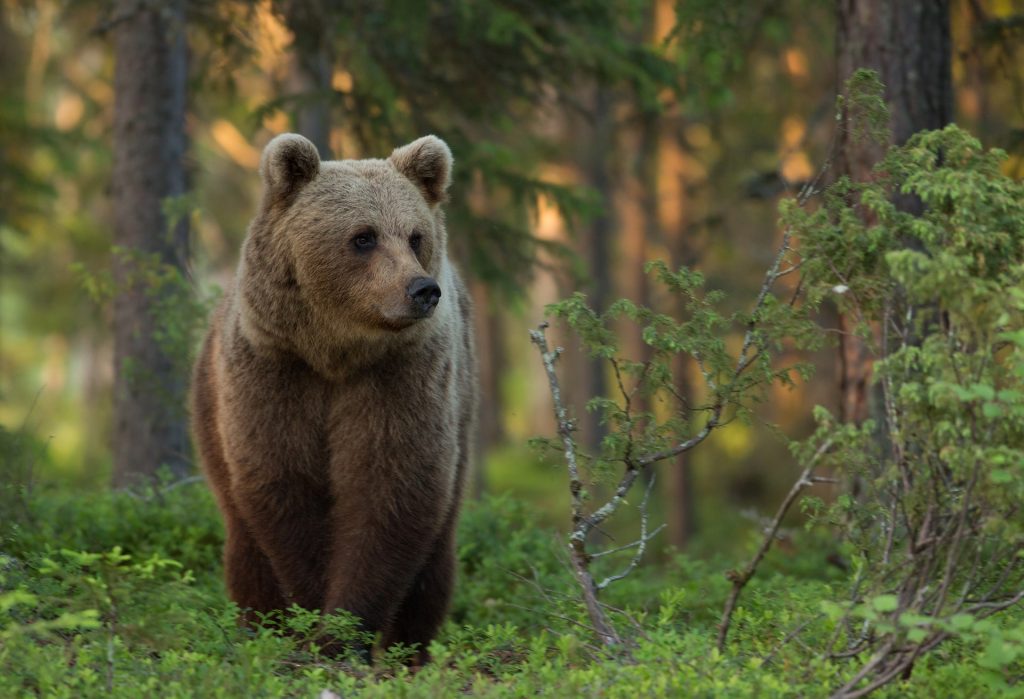 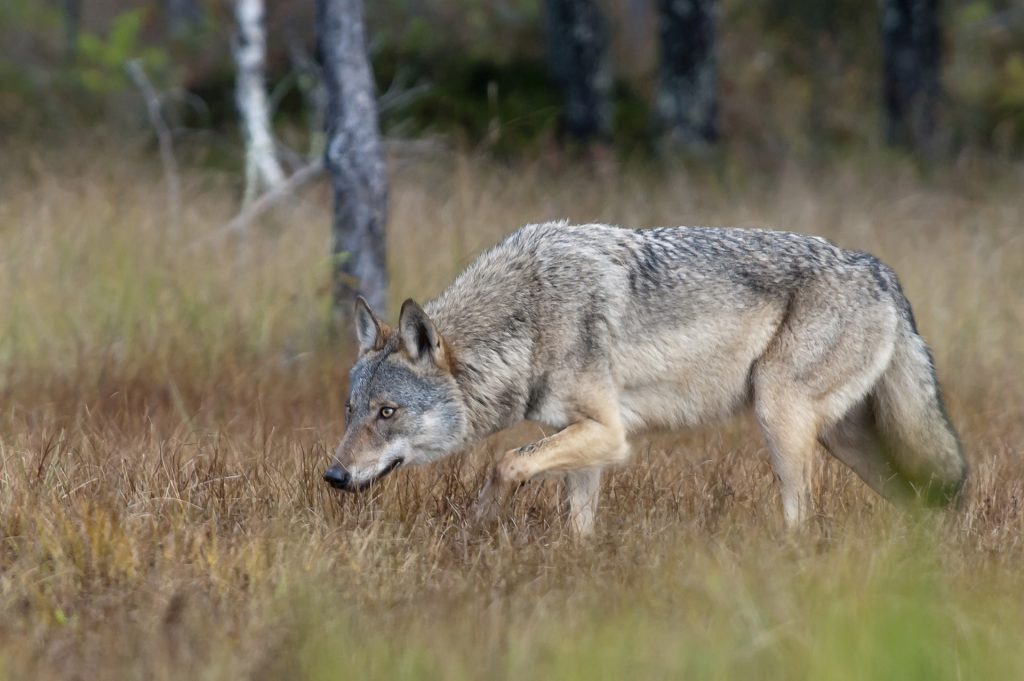 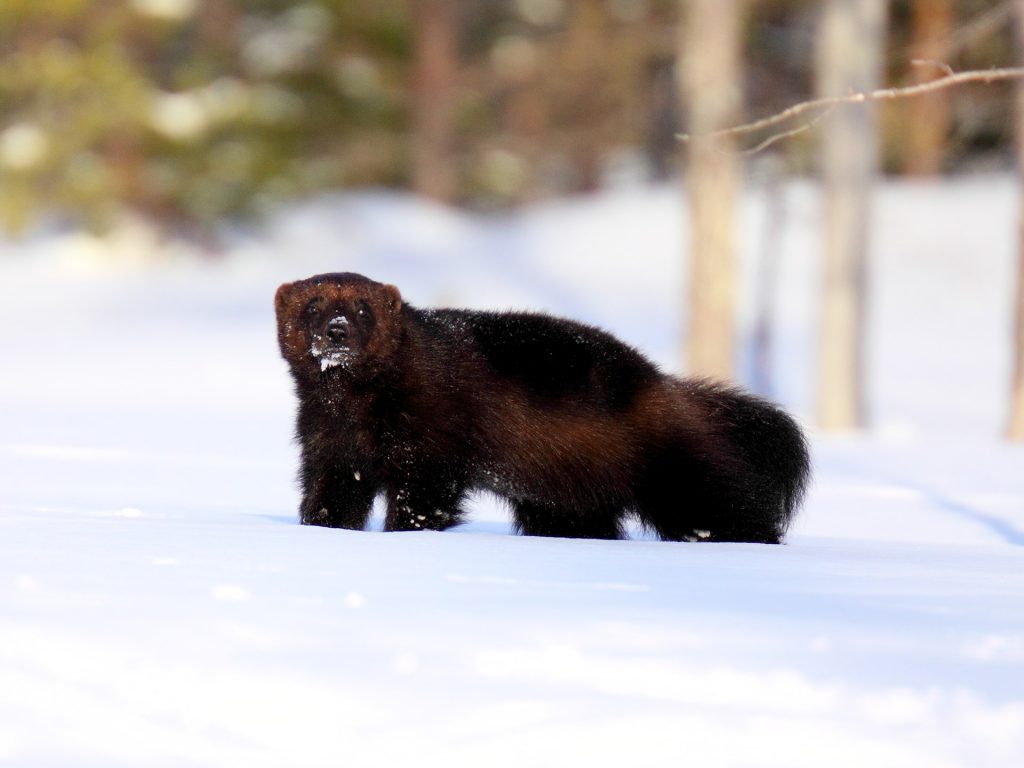 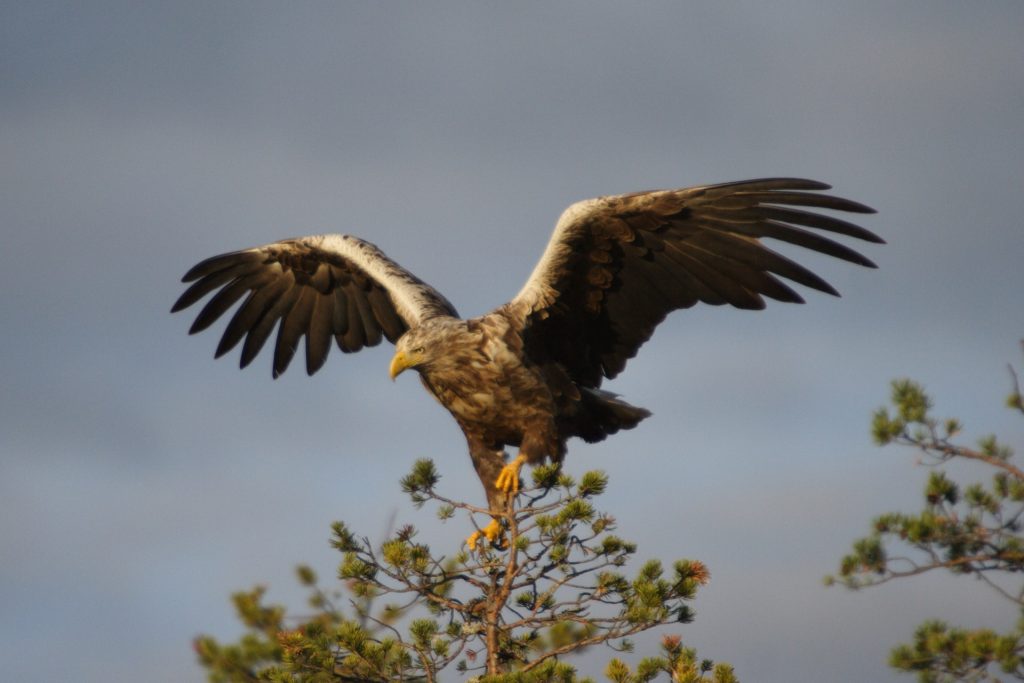 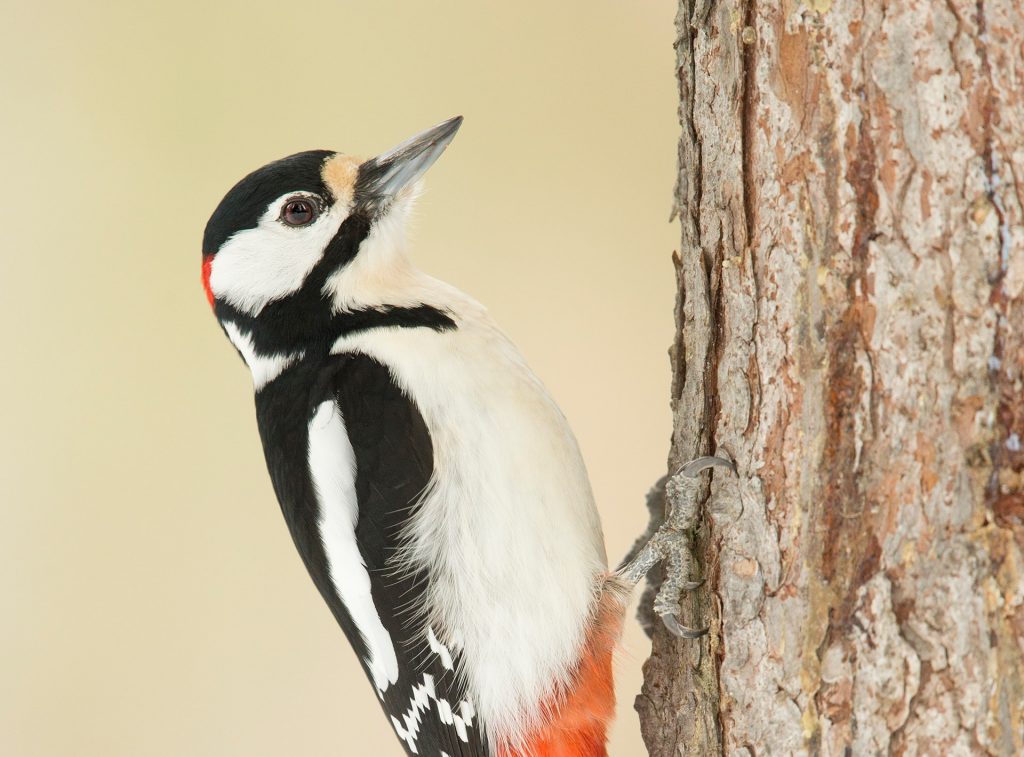 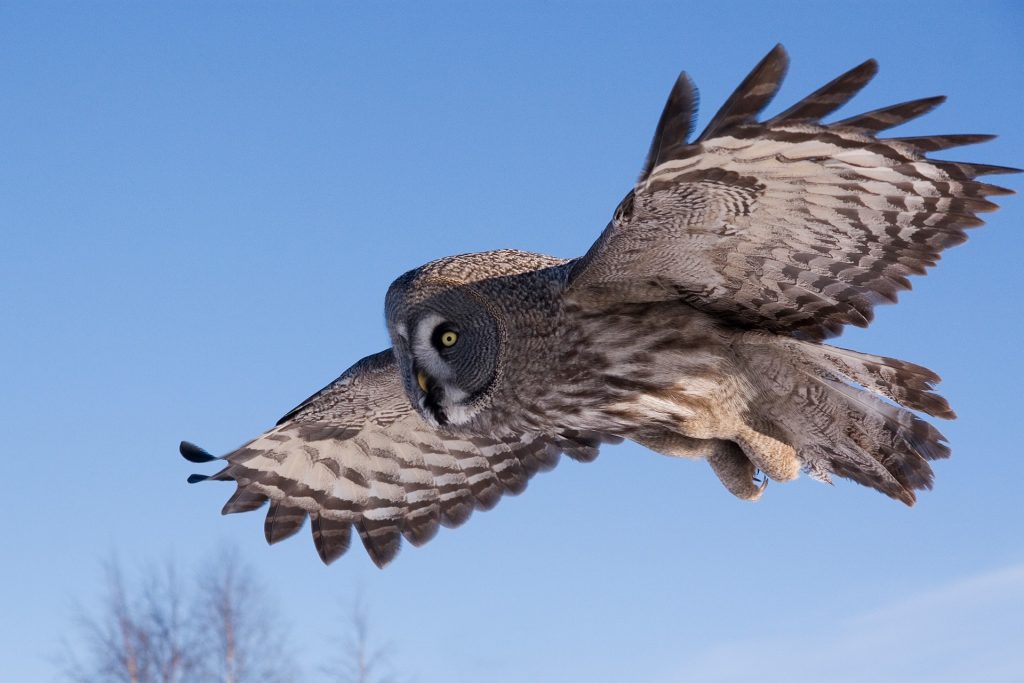